The Andalusians are my second completed DBA army. Ever since I did my 28mm vikings I wanted to put together an Andalusian army, and finally I have. In 15mm, all figs from the Old Glory 15s line, here they are.

With this army I felt that I had to live up to my Vikings, so that meant hours of painting not only shields, but also patterned silks. That along with painting horses in 15mm for the first time stretched this army into a nearly two month project. But I am pretty happy with it in the end and I am now looking forward to planning my III/35 Feudal Spanish army ;)

All of the figs required to play both the (a) and (b) lists for the Andalusians are deployed! 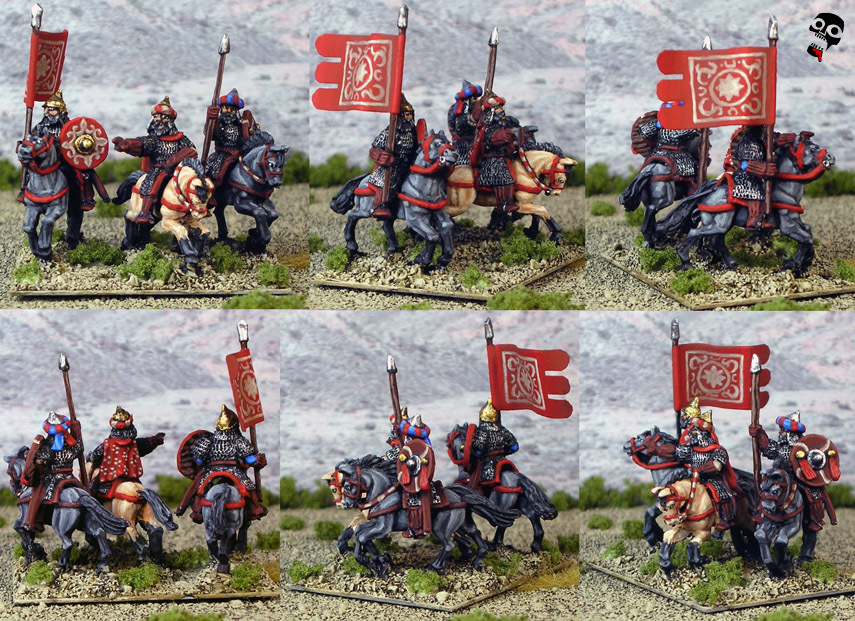 When putting this stand together, I wanted to do something a little different from the three
forward-facing cavalry figs. Thankfully the figs themselves were in characterful poses, all
looking to the right, and so, configuring them the way I did I made it possible for people
to see those horses, as well as having a themed positioning! I am very happy with this element! 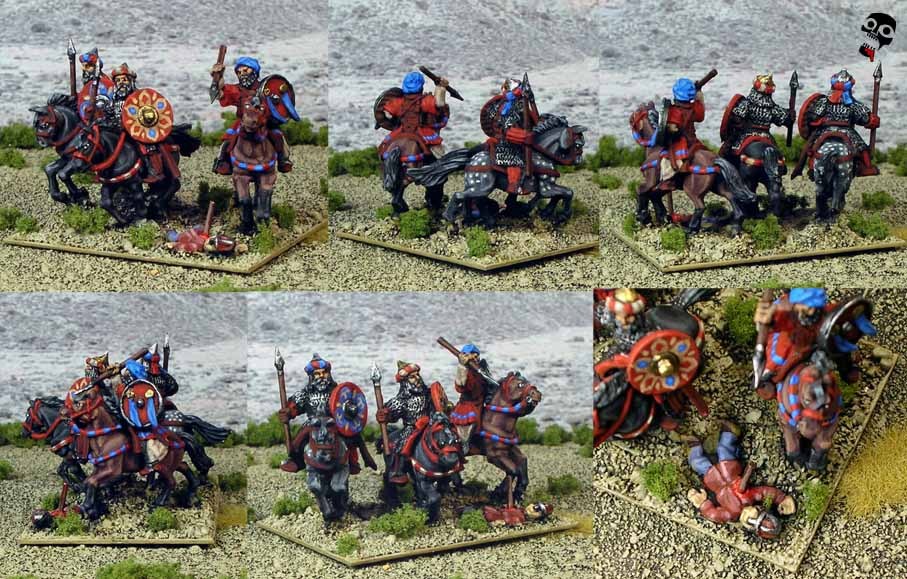 I sculpted that dead viking there completely from scratch. For my first 15mm sculpt I am
very happy with it :) Note that the shields are all freehand! Also for these ones, I gave
them the traditional javelins. I did it using paper clips and plasticard for the spears.
I also simply snipped off the hands and resculpted them. They turned out pretty well! 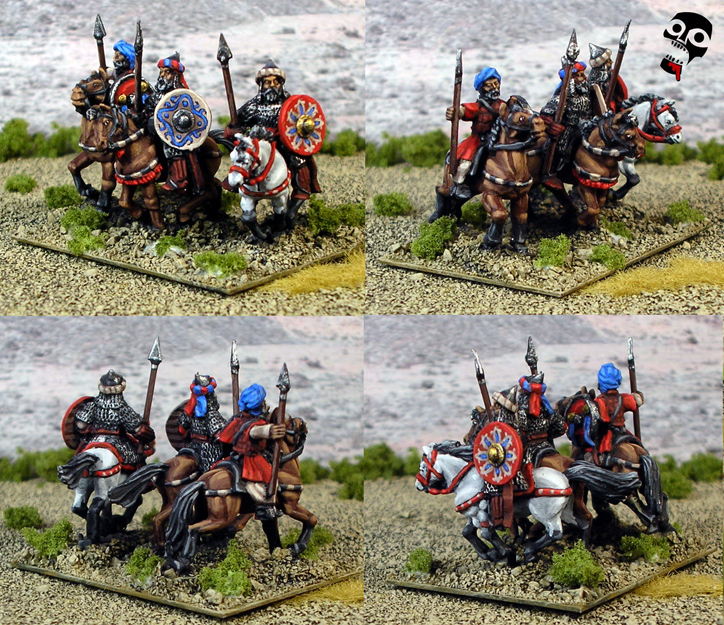 This one was fun because it was the last element I painted. I tried to go into more
interesting designs for the shields to mixed effect. But it is a nice way to end the army! 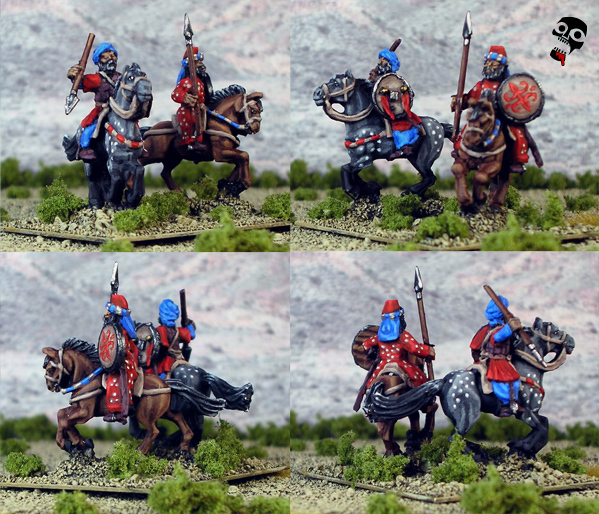 That shield wasn't as big as the other mounded figs that I painted, so a little less
detail... Also, the clothes on the mounted figs is tougher to do because there is less
surface area and it is oddly bunched. Still, I'm pretty happy with the outcome.

The last light horse unit for this army! I went with a more monochrome colour scheme
here because I thought the rest of the army was getting a bit too blue :)

I took some time and tried to do a better job on these than I did on my DBA Vikings.
These ones are closely based on the 28mm Andalusians
I have already done.

With this unit I had to try to out do the previous unit of 4Sp. So, some more variation in
colour as well as some more interesting shield and cloth designs. Note that the shield on the
far right in the picture actually reads 'merciful' in Arabic - as in, may Alah be merciful
on your soul when I send you to him!

With the 2Ps elements, I took time to make them look good by patterning their clothes.
With each unit I tried to do two different patterns, and I tried to make the patterns
something interesting. Mostly variations of stripes and dots, but some other stuff as well.

This element, along with another one, takes the stripe/dot variation to a new level by
adding criss-crosses! That specific tunic there took 40 minutes to do, which includes all of the
fixes and highlighting. Even with all the effort, it isn't a perfect execution of the pattern.
That level of detail is tough on a 15mm fig.

More stripes, and one that zig-zags!

More stripes, dots, and zig-zags! I was happy though that there was eight 2Ps elements and not eight 4Sp/Bd elements in this army :)

At this point, I am wondering if I can ever bring myself to paint stripes and dots again...

Another stand with the criss-cross dot pattern. I like these colours a bit better than the reads.

And finally, more stripes and dots! 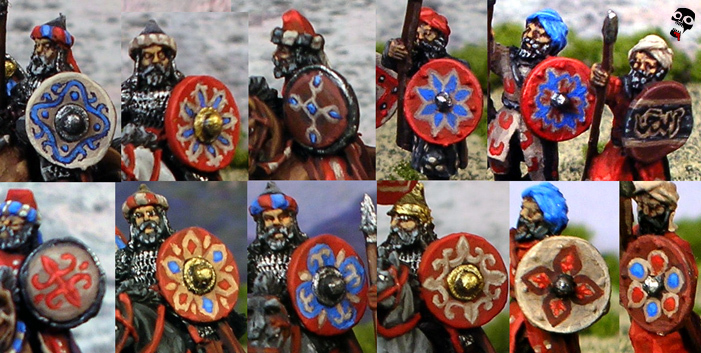 Here is a collection of my favourite shields in the army (which is most of them to be honest).
My favourite ones are those on the broad cavalry shields (the guys with chain).